Iran's Nuclear Sanctions May Be Lifted, But Missile Sanctions Remain 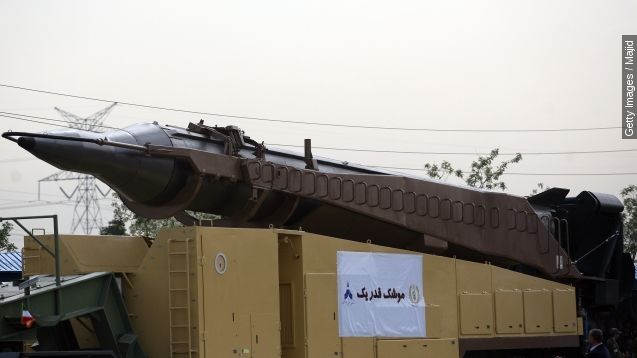 The U.S. has announced new sanctions against Iran's missiles just a day after lifting sanctions on the country's nuclear program.

"Iran will not get its hands on a nuclear bomb. The region, the United States and the world will be more secure," President Obama said Sunday.

Nuclear-related sanctions against Iran have been lifted, and the country no longer has the ability to build a nuclear weapon.

Sanctions have affected Iran's economy. By lifting them, Iran's shipping, financial, precious metals and, perhaps most importantly, energy sectors will all be open.

That means Iranian oil will add to an already massive global oil glut. (Video via Manoto1)

Lifting financial sanctions will also unfreeze tens of billions of dollars worth of Iranian assets — something opponents of the deal have been critical of.

Not all of the sanctions have been lifted, though. The U.S. imposed new sanctions on the country's missiles Sunday, and other weapons sanctions will remain in place for at least eight more years.

This video includes images from the U.S. Department of State and music by Chris Zabriskie / CC BY 3.0.