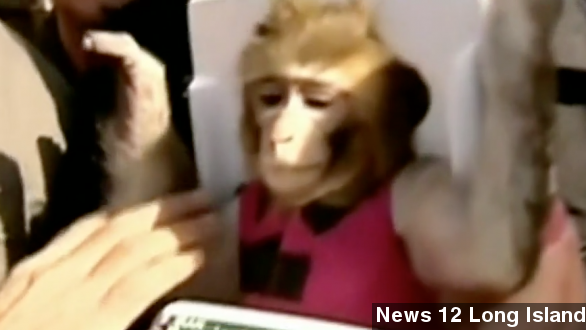 Iran claims this is its second successful mission of 2013 even though many have cast doubts on whether the first mission was legitimate.

Iranian state media is reporting a monkey was sent more than 70 miles up into space and has made it back safely for the second time this year.

On his English Twitter account, Iranian President Hassan Rouhani said the monkey came back down to Earth in "perfect health" after a quick round trip. (Via Twitter / @HassanRouhani)

But why is the country doing it? It's reportedly part of a push for Iran to ultimately send humans to space. It has also sent other animals up to space in the past. (Via News 12 Long Island)

The BBC reports Iran sent worms, a rat and even a turtle to space back in 2010. It also unsuccessfully tried sending a monkey to space in late 2011 — it's unclear why it was unsuccessful as well as what happened to the monkey.

But there have been doubts about whether Iran has really been able to successfully send a monkey to space and parachute it back. (Via WBTV)

That's because in January, many media outlets reported the monkey seen in photos after a space flight was a different monkey than the one seen before it, raising questions about whether the monkey died on the mission. (Via The Guardian)

And adding to the doubt, there's really no solid evidence of a successful flight, as the video and pictures released were all prerecorded.

CNN reports a State Department spokeswoman says there's no way for the U.S. to confirm whether Iran was successful in its mission since there are only pictures of it on the ground.

Sky News reports the mission, successful or not, lasted only about 15 minutes.