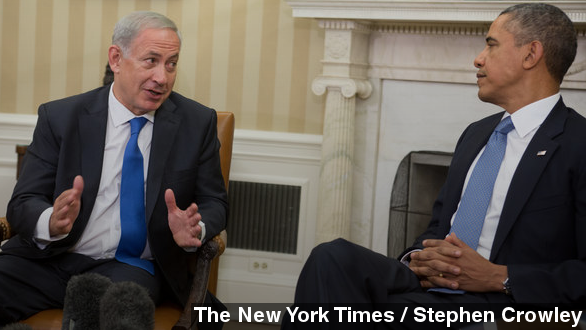 As the U.S. readies to make a deal with Iran, it's risking its relationship with several of its allies in the Middle East.

As the U.S. readies to make a deal with Iran — a country it's had no diplomatic relations with in decades — longtime American allies are feeling a little left out.

Six world powers, including the U.S., are due to negotiate with Iran Wednesday over its nuclear program — 10 days after the last round of talks ended without an agreement. (Via RT)

The Obama administration has argued a diplomatic solution that lets up on some economic sanctions in return for Iran scaling back its uranium enrichment could help prevent a future Middle East conflict. (Via ABC)

But Israel and Saudi Arabia, along with several other Gulf states, say the U.S. is conceding too much, too quickly. Trusting in Iran to hold up its end of the bargain, they say, could put their own security at risk. (Via Press TV)

His country historically hasn't made a lot of friends in the Middle East, but the prospect of an Iranian nuclear deal might have brought Israel together with an old foe.

According to Britain's The Sunday Times, Saudi Arabia is working with Israel on details of a contingency plan for an attack on Iran if its nuclear program isn't dismantled. An unnamed source told the paper, "The Saudis are furious and are willing to give Israel all the help it needs."

Another reported fear from the Saudis? That the U.S. won't just help rein in Iran but actually align itself with it.

An analyst at the Center for Strategic and International Studies tells Foreign Policy the Saudis don't think the peace deal will bring any peace. "To their minds it doesn't do anything about Iranian ambitions, it just takes the United States out of the equation as a force that's helping box Iran in."

Perhaps Israeli President Shimon Peres explained the sentiment best, telling French newspaper Le Journal du Dimanche, "One thing we're convinced of, is that if Iran makes a bomb, all the other countries of the Middle East will want to do the same thing."

A bill to impose more sanctions on Iran could reach the floor of the U.S. Senate sometime this week.