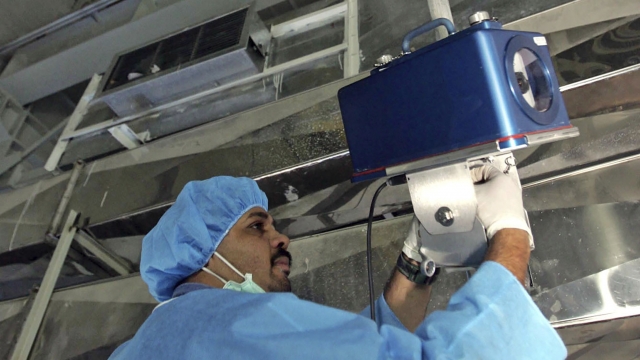 The move appeared to be a new pressure technique as Western nations seek to censure Iran at a meeting this week in Vienna at the International Atomic Energy Agency. The censure deals with what the watchdog refers to as Iran's failure to provide “credible information” over nuclear material found at undeclared sites across the country.

But Iran's latest move, announced by state television, makes it even more difficult for inspectors to monitor Tehran's nuclear program. Nonproliferation experts have warned Iran now has enough uranium enriched close to weapons-grade levels to pursue an atomic bomb if it chooses to do so.

Israel and many of its neighbors are fiercely opposed to the deal.

The state TV report, later repeated by other Iranian media, said authorities deactivated the “beyond-safeguards cameras of the measuring Online Enrichment Monitor ... and flowmeter.” That apparently refers to the IAEA’s online monitors that watch the enrichment of uranium gas through piping at enrichment facilities.

In 2016, the IAEA said it installed the device for the first time in Iran's underground Natanz nuclear facility, its main enrichment site, located some 125 miles south of the capital, Tehran. The device allowed for “around-the-clock monitoring” of the facility's cascades, a series of centrifuges hooked together to rapidly spin uranium gas to enrich it.

“Traditional methods of sampling and analysis can take three weeks or longer, mostly because of the time it takes to ship the sample from Iran to the IAEA’s laboratories in Austria,” the agency said at the time.

Iran is also enriching uranium at its underground Fordo facility, though the IAEA is not known to have installed these devices there.

Tehran said its civilian nuclear arm, the Atomic Energy Organization of Iran, monitored the shutdown of the cameras. It said 80% of the existing cameras are IAEA “safeguard” cameras and they will continue to operate as before. Safeguards refer to the IAEA’s inspections and monitoring of a country’s nuclear program.

However, an Iranian official warned IAEA officials that Tehran was now considering taking “other measures” as well.