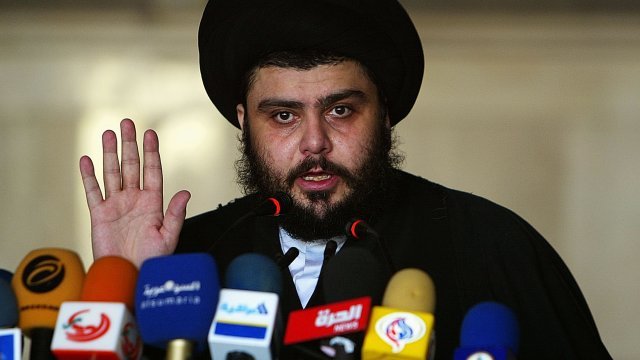 This was the country's first election since U.S. and international troops defeated ISIS there.

A coalition led by Iraqi cleric Muqtada al-Sadr has won the most seats in Iraq's parliamentary election.

This was the country's first election since U.S. and international troops defeated ISIS there. About 5,000 U.S. troops are still stationed in Iraq.

Many U.S. military officials say Sadr was responsible for the deaths of U.S. service members. Sadr led a militant group against U.S. and Iraqi troops before disbanding it in 2008.

In the election, Sadr ran on a populist, anti-corruption message and in opposition of international influence on Iraq. The Shiite Muslim has visited Sunni Saudi Arabia and other Muslim countries in the region as a bid to improve relations.

According to officials, packages containing the artifacts had been shipped to the U.S. with labels stating they contained tile or clay samples.

In Iraq, the ruling parties nominate a prime minister. But, Sadr can't be prime minister, since he didn't personally run for a seat in parliament. As the de facto leader of the largest parliamentary group, he will have a powerful negotiating position as his and other coalitions work to form a government.

But that could take time. Sadr's group won the most seats, but they still only secured 54 out of more than 300.