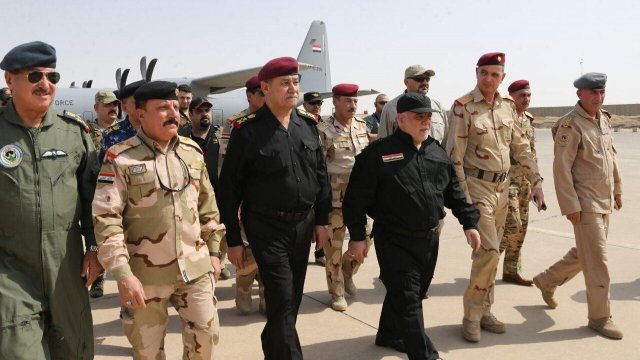 After nearly nine months of fighting, Iraq's prime minister says Mosul has been liberated from ISIS.

The city has been an ISIS stronghold for the past three years. Iraqi forces, with the help of U.S.-led airstrikes, have been fighting to take back the city since October.

As ISIS Homes In On Southeast Asia, Diplomats Talk Counterterrorism

Diplomats from the Philippines, Indonesia and Malaysia met Thursday to discuss the growing threat of violent extremism.

In January, the Iraqi government announced the eastern city had been fully liberated, but pushing ISIS out of the western side of the city was more difficult.

According to a United Nations aid organization, hundreds of thousands of civilians have been pushed out of Mosul since the fight to reclaim the city began.