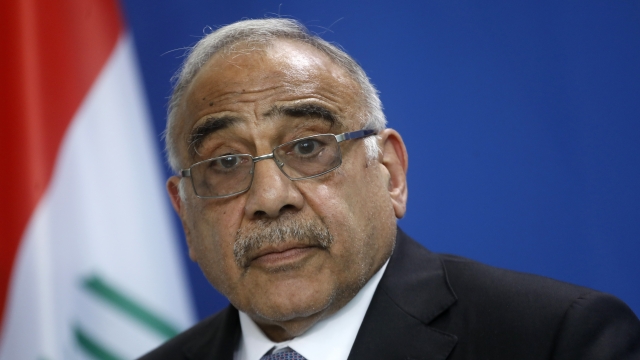 After weeks of violent protests, Iraq's prime minister says he will resign.

The office of Iraqi Prime Minister Adil Abdul Mahdi released a statement Friday announcing the leader's resignation. It didn't say exactly when he would step down.

Abdul Mahdi's resignation comes in response to anti-government protests that started Oct. 1. Protesters say they're rising up to fight corruption and they've been calling for new elections. Clashes with Iraqi security forces have been marred by violence. More than 300 people have been killed and over 15,000 injured since this uprising began.

The prime minister previously pledged to resign on Oct. 31, but Abdul Mahdi wanted his replacement to be chosen before stepping down. Friday's announcement didn't appear to include any similar conditions.