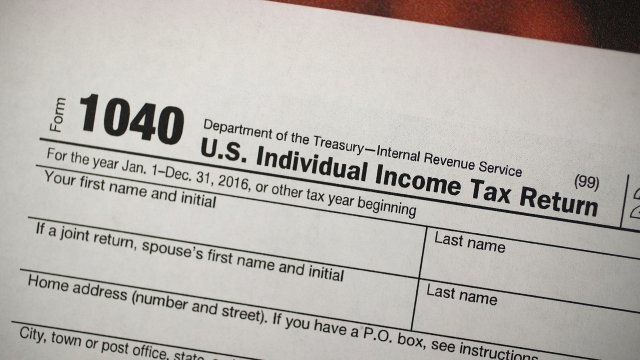 The Internal Revenue Service says taxpayers can file taxes and have their property assessed in 2017 to avoid a 2018 tax rule.

According to the IRS, taxpayers in 2018 can still claim a tax deduction rolled back in the GOP's new tax law — if they jump through a few hoops before the new year rolls around.

In 2018, the Tax Cuts and Jobs Act will put a new $10,000 cap on federal deductions of property taxes levied by state and local governments. That's left people scrambling to file their local property taxes early and squeeze in one last year of unlimited deductions.

The IRS says that approach will work — but there's a catch. If you want to file your property taxes under 2017 tax laws, the property in question has to have been assessed in 2017 as well.

That ruling could put a lot of pressure on local governments to quickly assess properties in the final days of the year. That in turn might create an administrative nightmare for the IRS in 2018, when it has to figure out how many of these year-end assessments are actually legally compliant.

With tax reform officially in the books, there are a lot of questions for the average taxpayer.

And the fight over state and local deductions isn't over just yet: New York Gov. Andrew Cuomo signed an order authorizing early tax collection in the state, calling the GOP's tax bill "an all-out assault on this state."