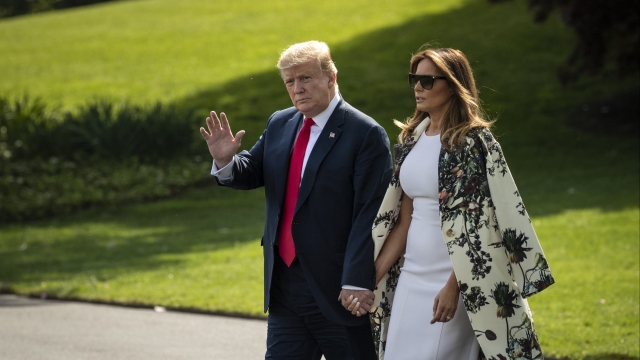 Secretary Steven Mnuchin told the chairman of the House Ways and Means Committee that the IRS will decide if it will release the returns by May 6.

Treasury Secretary Steven Mnuchin wrote a letter to the House Ways and Means Committee's chairman Tuesday after missing another deadline to release the president's tax returns. And in short, he said the government is still mulling over whether to release the returns at all.

In the letter to Rep. Richard Neal, Mnuchin wrote, "Although federal law establishes no deadline for a response to your request, we expect to provide the Committee with a final decision by May 6, after receiving the Justice Department's legal conclusions."

The committee wants the president's personal tax returns from the last six years as well as tax returns from eight of his businesses. It initially asked to see the documents by April 10. But Mnuchin, whose department oversees the IRS, denied that request, citing concerns that it wasn't constitutional.

President Trump has repeatedly refused to release his tax returns voluntarily. His personal attorney sent a letter to the Treasury Department last week arguing that the committee had no legitimate reason to see the documents.

On Monday, President Trump and the Trump Organization filed a lawsuit to block a separate request by the House Oversight and Reform Committee for years of the president's financial records.