Payment Platforms Like Venmo Required To Report Transactions To IRS 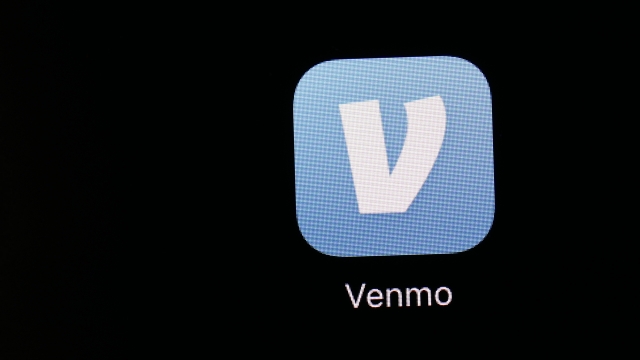 Congress passed the new reporting provision last year as a way to help pay for the $1.9 trillion American Rescue Act.

The new IRS rules are fairly straightforward. As of Jan. 1, payment platforms like Venmo, PayPal and Zelle must report to the IRS the transactions of anyone who receives $600 or more per year in commercial earnings. Until this year, the threshold was $20,000.

This gives the IRS eyes on many Americans who aren't currently reporting income they've received. Don Fort, the former chief of IRS Criminal Investigation, says this is a big win for tax enforcement.

"They get a lot more information on individuals that really are in the gig economy. You know, people that maybe have left the traditional workforce over the last couple of years and are doing more things on the side," he said. "It's amazing what happens to people when they know that the government is going to get a copy of the amount of money that they made. So I would expect — and I'm sure that the IRS and the government expects — for compliance to go up in this area because of this change in reporting threshold."

Indeed they do. Congress passed the new reporting provision last year as a way to help pay for the $1.9 trillion American Rescue Act.

Steve Rosenthal with the Urban-Brookings Tax Policy Center looked up for us, in the bill, how much more tax money the IRS now expects to receive.

In other words, individuals voluntarily reporting, going forward, income that they weren't before.

Apps like Venmo are booming in popularity. Three years ago, it handled less than $7 billion in payments in a single quarter. Last year, in the second quarter, it surpassed $58 billion.

Here's the thing: Of that amount, we don't know how much was so-called "peer to peer" transactions, like splitting the cost of a pizza or a gift from a parent, that wouldn't be taxable or reported to the IRS.

Receiving money for a friend to help pay for pizza is not taxable or reported to the IRS.

Venmo advises: "Users should select 'goods and services'" for purchases they make.

What's also unknown is how many gig workers are avoiding taxes by receiving payments to a personal rather than a commercial account.

DON FORT: Yeah, I think it is. And, I think you're what you're going to see this year — since this is the first year ... These third-party applications — and it's not just Venmo — but they're all going to have to adjust their systems to make sure because they're the ones that are responsible for making sure that they're issuing the 99s. So they're going to have to put checks and balances in place.

Venmo didn't answer directly Newsy's questions about how it polices commercial transactions that are marked as personal.

"Now you might say, 'Hey, a simple solution for someone who wants to cheat on taxes is just switch the business accounts to the personal accounts now that the payment threshold is so low,'" Rosenthal said. "But that's against the law."

BELLINI: The chances of getting caught are so low, right?

STEVE ROSENTHAL: You could imagine the IRS sends a request to Venmo: Can you please give us a list of customers that switched from business to personal accounts this year. And it would not be too hard for the IRS to track down those accounts and ask them what happened.