Is Apple Developing A Smaller iPhone? 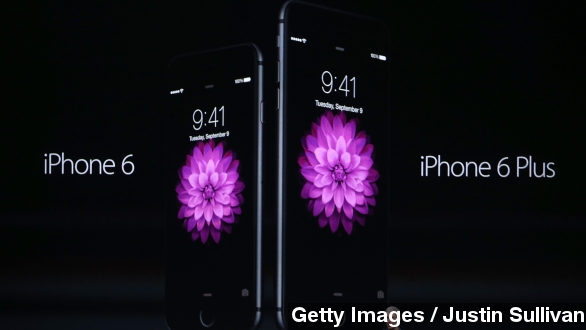 Apple is rumored to be working on a 4-inch phone, which would be released with the next generation iPhone.

The latest iPhone models have been out for a whole three months, which means it's time for the rumor mill to fire up again.

For the past few years, iPhone talk has centered around bigger screens. Many predicted Apple would increase the size of their phone to match Samsung's Galaxy S3 and other larger smartphones.

Those rumors were vindicated this year with the release of the iPhone 6 and iPhone 6 plus, at 4.7 inches and 5.5 inches, respectively. Now the rumors are headed back the other way.

Timothy Arcuri, an analyst at Cowen and Company issued a note to investors claiming Apple will release a new 4-inch iPhone tentatively called the iPhone 6s mini. (Video via CNBC)

Arcuri's track record with Apple predictions is decent. In January of 2014, about 9 months before the release of the iPhone 6, he issued a note saying the new phone would sport a 4.8-inch display. The phone was 4.7 inches. However, he also predicted Apple would put a more powerful processor in the iPhone 6 Plus than the iPhone 6, which turned out to be wrong.

Now, this change in the iPhone lineup might not be as dramatic as it sounds. Here's why.

If you load the iPhone page of Apple's website, they currently display four phones. The iPhone 6, 6 plus, 5s and 5c. Both the 5s and 5c sport 4-inch screens - the same size as the rumored 6s-mini.

PC Magazine says Arcuri describes the new phone as similar to the iPhone 5s but with curved edges and some lower-cost components. That means the new phone might be a low-end model replacement more than anything.

Normally, a given iPhone won't completely leave the line-up for two years after its initial release. The iPhone 4 and iPhone 4s were both offered free with contract two years after their release.

The exception to that is the iPhone 5, which was eliminated to leave room for the iPhone 5c.

Releasing a new phone that is the size of the 5s but built like a 6 would give Apple several advantages. The hypothetical 4-inch 6s mini would allow Apple to

- Move the last iPhone without a fingerprint reader, the iPhone 5c, out of the line-up

- Give a phone of every size NFC, enabling ApplePay in each

But don't hold your breath for the new model yet. Even if Apple is developing a new 4-inch phone, that doesn't necessarily mean we will see it soon or at all.

Sometimes, even the rumors that make sense seem bizarre in a few months.