Is Black Friday Getting Out Of Hand? 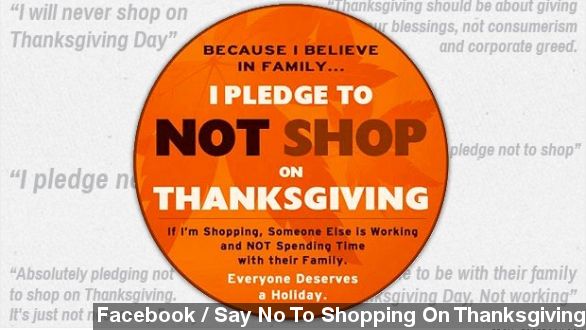 With some stores marking their earliest openings ever, Black Friday has become Black Thursday.

​Black Friday has long been a day of door-busting deals and long lines to kick off the Christmas season … but this year, it’s getting a little bit ridiculous.

"There’s a war on Christmas? Has anyone told Thanksgiving? Because this year, Black Friday … got moved back a day to Black Thursday… or as we used to call it, Thanksgiving." ​(Via Comedy Central / 'The Daily Show')

According the National Retail Federation’s latest survey: "140 million people intend to shop during the four-day holiday weekend, and nearly one-quarter of those shoppers plan to go online or to stores on Thanksgiving Day."

Plenty of stores have responded to that trend and made headlines by announcing earlier openings. Los Angeles Times reported "At this rate, shoppers hoping to get in on 'Black Friday' deals will have to eat their turkey for lunch, as both Target and Toys R Us announced plans to open Thanksgiving evening."

It marks Target’s earliest ever opening. Also, retail giant K-Mart opened at 6 a.m. Thursday, and the company plans to stay open for 41 straight hours. Naturally, there’s been no shortage of backlash.

This photo has been circulating on Facebook and shared almost a million times. The pledge encourages boycotts so retail employees don’t have to work on a traditional family holiday.

The push-back worked for some employees.

Whole Foods, for example, will remain closed on Thanksgiving in response to protests at its Chicago-area stores. (Via Salon)

But, a question to consider: Blame the retailers or the calendar?

"The holiday shopping season was cut six days shorter this year because Thanksgiving falls later on the calendar, and retailers are fearing sales could be flat."  (Via CNN Money)

Well, five days shorter if you count Black Thursday… or, you know, Thanksgiving.