Is Disney A Monopoly In The Entertainment World? It's Complicated. 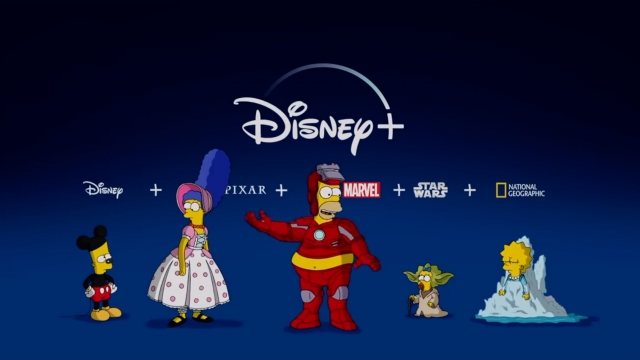 "I think [Disney Plus] will have a very immediate success. And if I was a betting person, they will win in the long term."

"'The Lion King' — the original, not the one that just came out."

"It has to be 'The Empire Strikes Back.'"

"The ABC Family special version of 'Cinderella' with Brandy and Whitney Houston."

The question "What's your favorite Disney movie?" includes a lot more titles than it did a couple years ago. Beyond the company's classic cartoons, Disney now includes "Star Wars," the Marvel Cinematic Universe and nearly all of 20th Century Fox.

At the time this story was written, Disney owned the top six movies of the 2019 worldwide box office, accounting for nearly $9 billion.

In the streaming industry, that control over money-making titles and franchises makes Disney Plus one of the most competitive platforms ever. To learn more, we talked to Professor Dustin York of Maryville University.

"Simply being able to come in day one and I already know those characters. I know those Marvel characters. I know the 'Star Wars' universe. I know all of those pieces already. Netflix didn't have that, right? Netflix had to sell you on 'Orange is the New Black.' They had to sell you on all these characters. I've already sold you day one on this; they don't have to build that up. So where Netflix was like a gradual climb, Disney just going to be a hockey stick approach of engagement. So yes, I think they will have a very immediate success. And if I was a betting person, they will win in the long term."

Let's think critically about how much control Disney has over the entertainment industry. Its films — both new and old — overwhelmingly influence the financial success of physical movie theaters. And its exclusive streaming rights over its properties make it so that if you want to stream your favorite Disney movie or TV show, you'll likely have to subscribe to Disney Plus.

"Just to set the groundwork, understand some of the chess moves that Disney has been making that I don't think is public knowledge. Like they have been gangster in this field for the last couple years setting up for this. So, things like 'The Simpsons' that they now own — they have openly said that they are not necessarily supporting the fact that there will always be physical copies, right? Where you go to a Best Buy and buy this movie. They're setting this up where if you want to watch these things, these properties, you kind of need [Disney's] service."

"Scott Galloway is a professor and author of 'The Four.' He basically says there's four tech companies that need to be broken up because they're a monopoly: Amazon, Apple, Google and Facebook. ... I would say Disney has the opportunity to be a fifth horseman or that fifth company in the very foreseeable future, that they could be that monopoly sort of stance, especially when they start getting into digital transformation, plus acquisition of Fox and other entities."

York isn't the first person to voice the idea that Disney is a monopoly. Referring to the acquisition of 20th Century Fox, Variety's chief film critic even called Disney "the movie studio so powerful that it ate another movie studio."

So, what's the argument that Disney isn't a monopoly?

Director Jon Favreau told The Hollywood Reporter, "Disney is finding themselves in a position where they have to be competitive with companies that are playing by a different set of rules in the financial space."

That means that Disney isn't just competing with other Hollywood studios now — it's competing with Silicon Valley. In that arena, Disney is actually pretty far behind. Valued at $247 billion, the company is up against Amazon at $873 billion and Apple at $920 billion. Both of those companies have their own streaming platforms as well.

Ahead of the Disney Plus launch, a study from Digital TV Research predicts the platform will have more than 100 million global subscribers by 2025. Netflix and Amazon are projected to have more than 235 million and 135 million subscribers, respectively.