Whether Or Not Trump Wins, He Could Have A New Venture: A TV Network 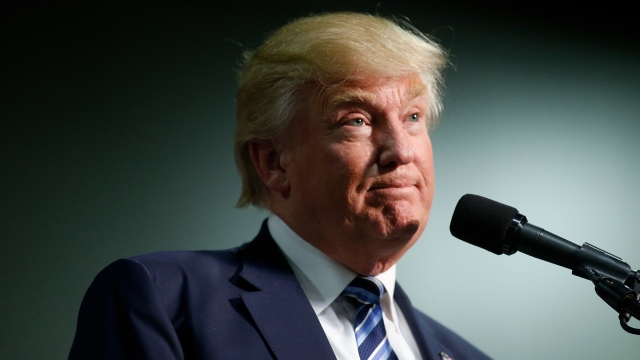 Trump's son-in-law has looked into forming a TV network, the Financial Times reported.

"These attacks are orchestrated by the Clintons and their media allies. The only thing Hillary Clinton has going for herself is the press," Donald Trump told a rally in West Palm Beach, Florida, last week.

In recent days, Donald Trump has argued the mainstream media is part of a conspiracy against him.

That suspicion could inspire Trump to form Trump TV.

According to the Financial Times, Trump's son-in-law Jared Kushner reached out to a friend about forming a TV network. Kushner's friend is the founder of an investment bank that has worked on some of cable's biggest deals.

While the conversation was described as "informal" and supposedly "has not progressed" since taking place several months ago, the idea behind it has created some major buzz.

Whether Trump wins or loses, his supporters will still have serious trust issues with the mainstream media. And the businessman could capitalize on that.

Trump already has a team of people well-versed in building media empires.

For one, Kushner is the publisher of the New York Observer.

His campaign CEO is Stephen K. Bannon, who has experience building conservative website Breitbart News into what it is today.

Bannon is currently on leave from his post as executive chairman of Breitbart as he serves on the Trump campaign.

And Trump's reportedly been advised during his campaign by former Fox News Chairman Roger Ailes. It's pretty safe to say Ailes knows a thing or two about building a successful cable network.

But as The New York Times pointed out, the biggest hurdles would be financing the deal and getting cable providers to include Trump's network in the channel lineup.