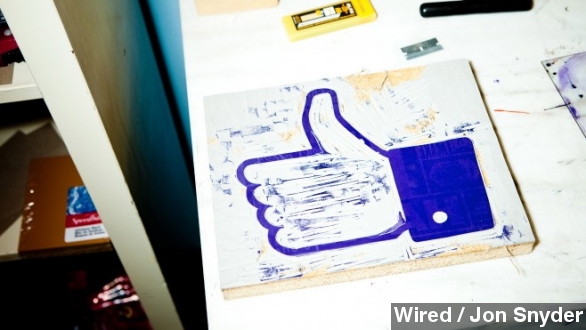 A new UK study finds that more and more younger users are flocking away from Facebook to simpler social networks.

Believe it or not, Facebook is approaching its 10th birthday. But a new study indicates that as the site has gotten older, younger users are rapidly migrating toward simpler social networks.

A new study released by researchers at University College London indicates Facebook isn’t just on the decline with younger users, it’s “dead and buried.” (Via The Guardian)

Though the site still attracts millions of users per day, the reserchers say the original base market of older teenagers that the site once relied on are now embarrassed to even log on. (Via Sony Pictures)

And if that sounds a little bit harsh, well, it doesn’t stop there.

The project's head researcher John Miller writes: "Young people are turning away in their droves and adopting other social networks instead, while the worst people of all, their parents, continue to use the service.” (Via The Age)

Miller and his team observed teenagers aged 16 to 18 in eight countries over a 15-month span. They found young people are starting to move rapidly toward networks like Instagram, Snapchat, Twitter and newcomer WhatsApp. (Via ABC)

Facebook originally began as an exclusive network for students at Harvard University, but as the trend caught on, Mark Zuckerberg and co. opened up the doors to pretty much everyone.

Even going back to 2009, The Onion parodied the effects of elders being able to "friend" their kids.

"You're gonna love this, it's so easy. All you do is create a profile and search for your son or daughter's name and add them to your list of friends. WIthin minutes you can be writing on their wall. I write to my son Jeffrey about five or six times per day!" (Via The Onion)

But it isn’t all bad news for the site.

That older generation is still staying strong in numbers, and there is an observed trend for the younger generations to return to their profiles to reconnect with friends from high school or college. (Via Sky News)

A writer for Wired says the news shouldn’t worry Facebook or its investors: “Facebook co-founder Mark Zuckerberg has been telling people for years that he wants to turn the service into a global utility, akin to the power grid or the water supply… Kids don’t appreciate utilities. That’s just the way it is. But as they get older, they eventually look on them very differently.”

According to the most recent data released by the company, more than 40 percent of the U.S. is on Facebook, with more than 1.2 billion users worldwide.