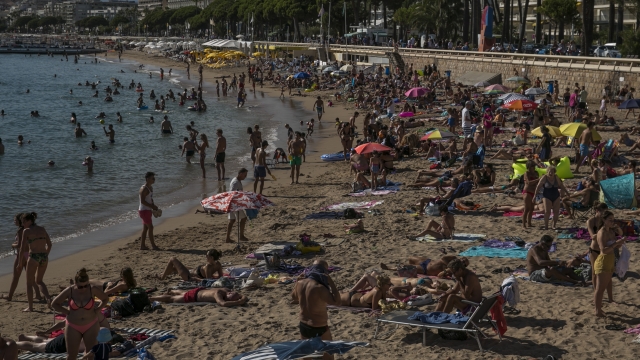 Proponents of the ban see it as a way to protect the country's secular culture.

The ban on burqinis in French towns will either be completely legalized nationwide or struck down Friday. The State Council, France's version of our Supreme Court, will decide whether one of the controversial bans currently recognized in more than a dozen towns is constitutional.

To catch you up, burqinis are used by Muslim women who still want to cover up in accordance with their beliefs when they go to the beach or pool. Bans have popped up in towns all over the country, and one was upheld by a lower court Monday.

The ban before the court doesn't actually mention the word burqini, like most of them. It's actually a ban on anyone who wears swimwear that displays "religious affiliation" and "could create risks of trouble to public order."

Proponents of the ban see it as a way to protect the country's secular culture, in some cases claiming it presents a hygiene issue or that the clothing holds women back. France's prime minister told press: "It's the translation of a political project for a counter-society based on woman's enslavement. ... That is not compatible with the values of France and the Republic."

But many are calling the bans discriminatory and examples of hatred against Muslims. A lawyer with the League of Human Rights called it "a serious and manifestly illegal infringement of several fundamental freedoms: freedom of opinion, religion, dress, to come and go." Others worry the bans will make the tensions among cultures even worse.

While it's possible the high court will strike down the ban, thus setting a national precedent, it's not far-fetched to imagine it standing up in court. Because of its secular laws, the country has already banned the burqua in public while religious symbols, including headscarves, are banned in public schools.