Is John Kasich Gaining On Donald Trump In New Hampshire? 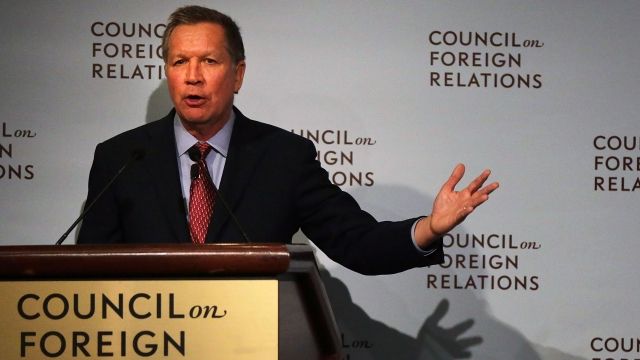 Donald Trump may still be leading the Republican polls, but he's got some fresh competition in the New Hampshire primary.

"But for the 11 million people ... c'mon folks, we all know you can't pick them up and ship them back across the border. It's a silly argument; it's not an adult argument. It makes no sense," Kasich said.

The governor is gaining on Trump's dominate lead in the Republican party, according to two new polls.

The latest RealClear Politics poll puts him at 13.3 percent in New Hampshire — the highest among all of Trump's competitors. Trump is at a cozy 31 percent.

Trailing behind Trump and Kasich in both polls is Florida Sen. Marco Rubio, followed by Texas Sen. Ted Cruz.