Is Microsoft Making A Comeback? 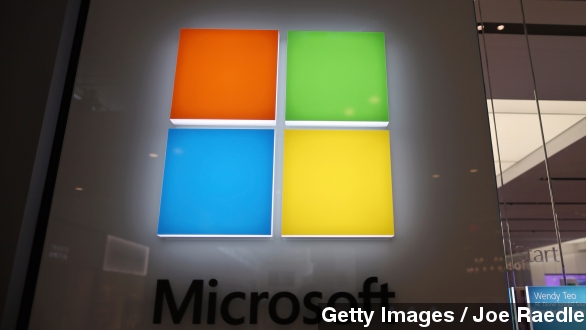 Microsoft's free upgrade to its iOS apps could be more than just a nice perk. It could signal a new direction for Microsoft.

Microsoft, it seems, is finally starting to embrace its competition — and it looks like the move is actually helping the tech giant.

Yesterday Microsoft made a surprise update to iPad and iPhone versions of its Office app, allowing users to edit and store documents for free.

Previously, iDevice users needed a somewhat pricey subscription to Office 365 to do anything more than simply view files on an all-in-one Office app. (Video via Microsoft)

Now there are three apps; one each for PowerPoint, Excel and Word. Although the apps don't allow users to do everything for free, apparently Apple's customers have had some sort of Office itch.

One day after the update, Microsoft's Word app skyrocketed to No. 1 on Apple's free apps list. Excel came in at fourth and PowerPoint in eighth.

This latest reveal is part of what seems to be a renaissance period for Microsoft — a revival of a business savvy that helped it dominate the tech world in the past.

Take, for instance, the announcement of Windows 10 in September — a move that received mostly positive vibes for undoing unpopular features in Windows 8.

Then another surprise announcement — the Microsoft Band and the company's answer to staying competitive in the wearable tech world.

And Microsoft's recent $2.5 billion purchase of Mojang and its hugely popular game "Minecraft" showed the company was working hard to invigorate its image.

Referencing the latest iOS Office release, Bott writes: "Pre-Nadella, 'first and best on Windows' was the guiding principle for Microsoft apps and services. ... If that mindset were still in place, Microsoft might have delayed this week's Office for iOS launch until corresponding versions for Windows were ready."

Still, not everything is A-OK with Microsoft. The company is still apparently struggling with its absorption of phone-maker Nokia.

So it remains to be seen whether this is a sort of "comeback" for Microsoft. For what it's worth, the company posted a strong Q3 earnings report in October.

This video includes images from Getty Images and music from Wake / CC BY 3.0.