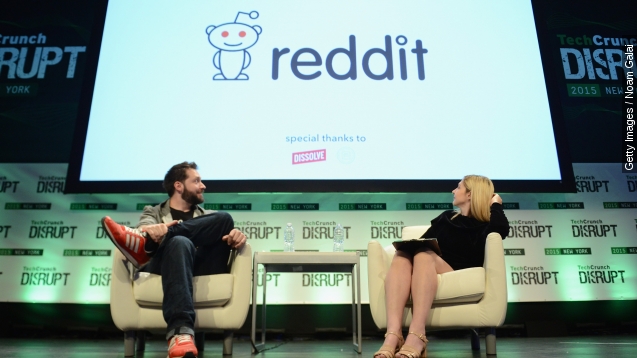 Reddit has implemented a new harassment policy to protect its community but it could be more in line with what its investors and advertisers want.

Reddit has announced it's cracking down on harassing behavior on the site after years of letting the community police itself.

It's been a long time since Reddit has been the scrappy new kid on the Internet. Its free-for-all, anything-goes attitude towards free speech gave it one of the largest communities on the Internet with nearly 1.5 million unique visitors a day. (Video via Reddit)

But because of the freedom it gave its users, cyber-bullying and harassment began to run rampant on the site and that soon began to eclipse its image.

And Reddit no longer has room to be a young, idealistic experiment. It now has a former investment banker, Ellen Pao, steering the ship as CEO. The company is currently valued at $500 million, and all those zeroes come with responsibility. (Video via ABC)

Specifically to its venture capitalist investors that don't want to be associated with a digital community full of routine harassment.

So maybe Reddit knows it's time to grow up. That could be why Pao and her team are cracking down on harassment now.

Some Reddit users say this policy goes against the core idea of the site and even accused the company of "pandering to advertisers."

But in a blog post the company said the harassment was only keeping people from starting discussions anyway, "Instead of promoting free expression of ideas, we are seeing our open policies stifling free expression; people avoid participating for fear of their personal and family safety."

But this anti-harassment stance is probably the broadest policy it has for intervening in its community. The policy went into effect on Thursday and it's still too early to know just how much this will affect the site.

This video contains images from Getty Images and Eva Blue / CC BY 2.0.