Is There An Ideal Presidential Resume? 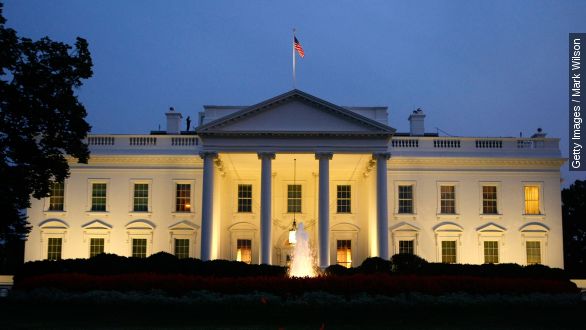 The Republican 2016 lineup so far consists of relative newcomers. But how much does their prior political experience, or lack thereof, even matter?

"I am not going to exploit, for political purposes, my opponent's youth and inexperience," Ronald Reagan said during a 1984 presidential debate.

If Ronald Reagan were running against some of the 2016 hopefuls, chances are he'd crack the same joke.

The Senate freshmen vying for the White House have one thing in common: thin resumes.

But should their prior political experience — or lack thereof — even matter?

"There is no certain road to the presidency. There are no guarantees that if you take one road or another that you will be a successful president," John F. Kennedy said during a 1960 presidential debate.

Candidates with little experience themselves would say no. But if history is a guide, it depends.

It's often said governors make the best presidents — the conventional wisdom being running a state is good training for running a country.

"I believe experience counts, but it's not everything. The values, judgment and the record that I have amassed in my state also should count for something," Bill Clinton said during a 1992 presidential debate.

"The governor is the chief executive officer and learns how to set agendas," George W. Bush said during a 2000 presidential debate.

Political scientists Joseph Uscinski and Arthur Simon put that argument to the test. They collected the prior experiences of presidents starting with William McKinley and ending with George W. Bush. Then they compared those numbers to C-SPAN's Historians Survey of Presidential Leadership.

As it turns out, being a former governor can help — if you're from a big state. Uscinski and Simon found a positive correlation between being a governor of a big state and leadership qualities like relations with Congress and public persuasion.

But what about experience serving in Congress?

"I'm not the youngest candidate, but I am the most experienced," John McCain said in 2008.

It's no guarantee a president will get business done when working with Congress.

Voters seem to recognize this — sending only three sitting senators to the White House in the past century.

"I know what it takes to get small business growing again," Mitt Romney said during a 2012 presidential debate.

As for private sector experience, it's not the predictor of success some candidates make it out to be.

If you take failed businessman Harry Truman out of the equation, only five of the last 20 presidents had significant business experience — and most tend to rank below average.

Of those five, one led the country during a depression, another, a recession.

Bottom line: There's no single experience that makes for the perfect president.

Consider that Richard Nixon had a very long career in public service before becoming commander in chief, yet he holds the distinction of being the only president to resign in disgrace.

On the other end of the spectrum, Abraham Lincoln. Few could have predicted a self-taught lawyer with just a brief stint in the House of Representatives would be up for the job ahead of him.

With credentials like that, could he survive a campaign today?

This video includes images from Getty Images, Harry S. Truman Presidential Library and Museum and the Library of Congress.