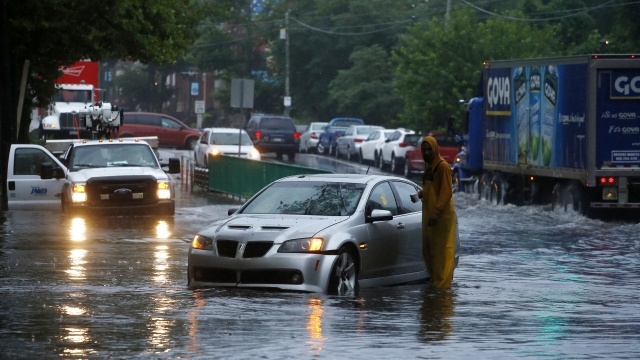 Heavy rainfall and tropical speed winds are still expected as Isaias makes its way up the coast toward Maine.

Isaias is still packing a powerful punch as it heads up the Atlantic.

Now, the Northeast braces for torrential rain and tornadoes.

The Category One hurricane was downgraded to a tropical storm after making landfall near Ocean Isle Beach in North Carolina Monday night, according to the National Hurricane Center.

Near Federal Point, wind gusts of 99 miles per hour were recorded.

Tornadoes also touched down in New Jersey, Maryland and Virginia with some areas also impacted by flash flooding.

"Our house was kinda swaying in the wind, so that was kinda scary," Madelyn Fisher said.

At least one person was killed after a tornado destroyed a mobile home park in North Carolina.

According to the National Hurricane Center, there may be “life-threatening urban flooding” in D.C. and Baltimore.

Strong winds have downed trees and caused power outages for more than 70,000 people in Maryland. Heavy rainfall and tropical speed winds are still expected across this area as Isaias makes its way up the coast toward Maine.