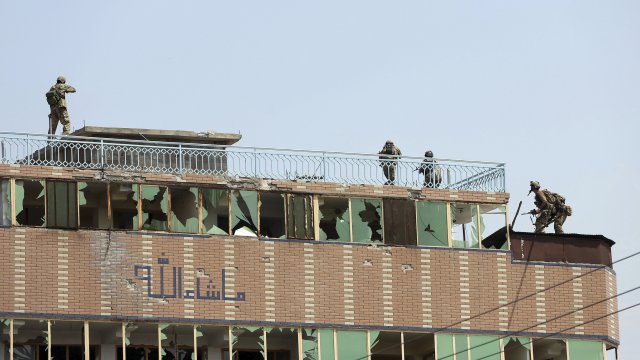 The prison holds about 1,500 inmates. Several hundred are believed to be members of ISIS.

ISIS claimed responsibility Monday for an attack on a prison in eastern Afghanistan. At least 21 people died and 43 were injured when a suicide bomber drove a truck into the Jalalabad facility's entrance.

Police believe several militants slipped away into a nearby residential complex, making it more difficult to flush them out.

The prison holds about 1,500 inmates. Several hundred are believed to be members of ISIS. Security forces recaptured around a thousand inmates who had escaped during the attack.

A spokesperson for the governor of Nangarhar province said Monday morning that three attackers had been killed, but sporadic gunfire continued from the prison grounds and nearby residential area.