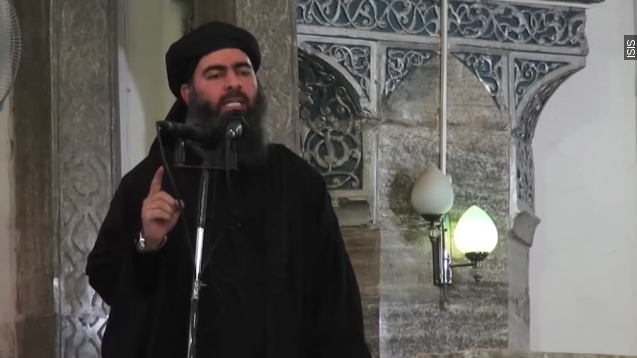 ISIS released an audio message supposedly recorded by its leader, Abu Bakr al-Baghdadi. In it, the ISIS head threatens Israel.

The speaker is supposed to be Abu Bakr al-Baghdadi. (He's the leader of ISIS.)

In the recording, which hasn't been verified, he tell Israel, "We are getting closer to you day by day. Do not think that we have forgotten about you."

There have been rumors Baghdadi was gravely injured in a coalition airstrike. (Video via U.S. Central Command)

This latest audio message, if legitimate, would prove Baghdadi is still alive.