ISIS Leader's Detained 'Wife' Might Not Really Be His Wife 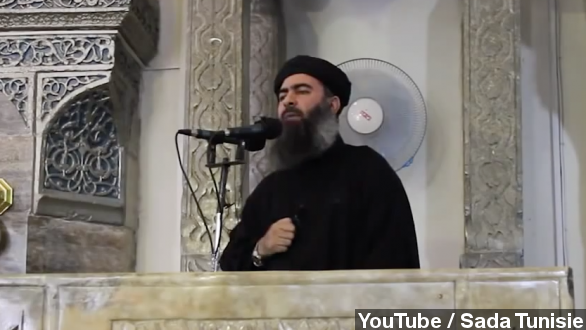 One day after Lebanese officials confirmed they'd captured a woman they believe to be a wife of ISIS' leader, Iraqi officials have denied it's true.

When the Lebanese newspaper As-Safir broke the news of the capture of al-Baghdadi's supposed wife Tuesday, there was already some confusion as to who exactly she was. (Video via YouTube / Sada Tunisie)

One Fox News reporter said, "Lebanese officials are confirming that the woman … is the wife of ISIS leader Abu Bakr al-Baghdadi."

And Pentagon Press Secretary Rear Adm. John Kirby told CNN, "We believe that this is a former wife of al-Baghdadi."

According to ABC, there were also conflicting reports about the child with the captured woman. Some say it was al-Baghdadi's son while others say it was his daughter. (Video via YouTube / Sada Tunisie)

CNN says this video supposedly shows al-Baghdadi's wife, Saja al-Dulaimi, during a Syrian prisoner swap back in March. She and about 150 other women were swapped for a group of captured Syrian nuns.

But now we have Iraqi officials saying al-Dulaimi isn’t one of al-Baghdadi's wives.

According to the BBC, Iraq's Interior Ministry says although al-Dulaimi is from a family of known militants from Syria, she is not one of al-Baghdadi's two wives.

The dismissal matches up with an earlier report by France 24 saying al-Dulaimi is the wife of a senior leader within the Nusra Front, Al-Qaeda's Syrian branch. (Video via YouTube / أبو المنتصر الميداني)

If it turns out she does have strong ties to the Nusra Front, a political risk analyst tells The Daily Star she would make for a good bargaining chip for Lebanon. More than two dozen of its soldiers are being held hostage by the terrorist organization. (Video via Press TV)

As confusing as this whole development might seem, it’s about par for the course as far as accurate news on ISIS goes.

There were conflicting reports over the state of al-Baghdadi himself after a U.S.-led coalition airstrike targeted a gathering of ISIS leaders earlier in November. (Video via U.S. Central Command)

Lebanese officials are reportedly using a DNA test to determine whether the child is al-Baghdadi's.