ISIS Might Be Using Chemical Weapons Against US Forces In Iraq 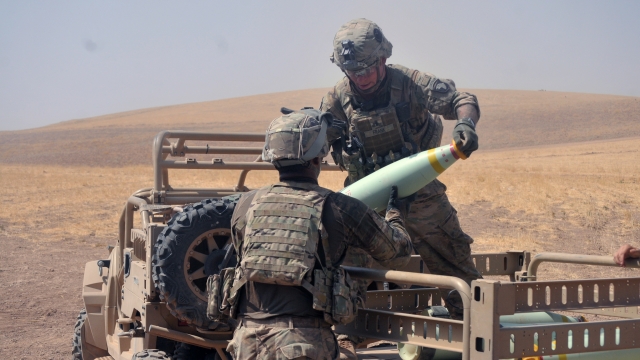 So, ISIS might have just tried to use chemical weapons on U.S. forces in Iraq.

SEE MORE: How Many ISIS Fighters Are There? It's Hard To Tell

ISIS has previously used mustard gas to attack other militants in Iraq. The Peshmerga have even asked the U.S. for gas masks to counter the attacks.

No U.S. troops were harmed in the attack or exposed to the suspicious agent. The Pentagon says U.S. forces are already equipped to deal with chemical weapons, and the attack won't change its security measures in the area.

SEE MORE: ISIS Is Expected To Suffer A 'Total Breakdown' In A Key Iraq City

U.S. and Iraqi forces have been pushing closer to the ISIS-held city of Mosul for months, and U.S. officials say Iraqi troops will be ready to retake the city by October.