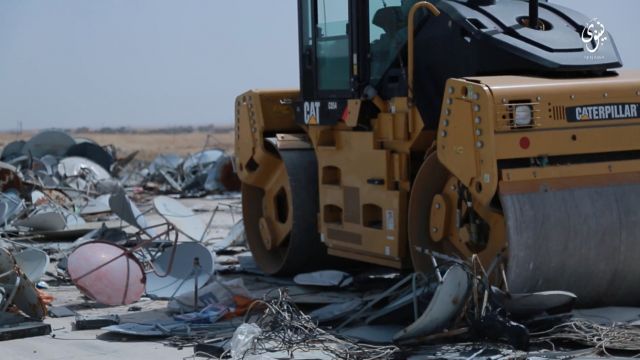 ISIS has renewed a campaign to get people to ditch their satellite TVs, ostensibly because they're corrupt. But it might be because of something else.

The group released three videos warning people against it. Each one urged people to either destroy their satellite TV receivers and dishes or to hand them over to ISIS.

The group set a deadline for the start of Ramadan, so Sunday, June 5.

According to ISIS, satellite dishes are full of "apostasy, adultery and prostitution."

Of course, it could also be that they're instead full of "reporting about how poorly ISIS is doing" — something that wouldn't exactly be great for caliphate morale.

ISIS is currently defending itself on three fronts: There's Fallujah, where Iraqi forces are mounting a massive assault to clear the city of ISIS. There's northern Raqqa in Syria, where a mixed force of Kurds and Arabs backed by the U.S. are on the offense. And then there's southern Raqqa, where Syrian regime forces backed by Russia have recently started making their way toward ISIS' de-facto capital.

ISIS has been warning folks about this for a while now. It issued general bans on satellite TVs late last year.