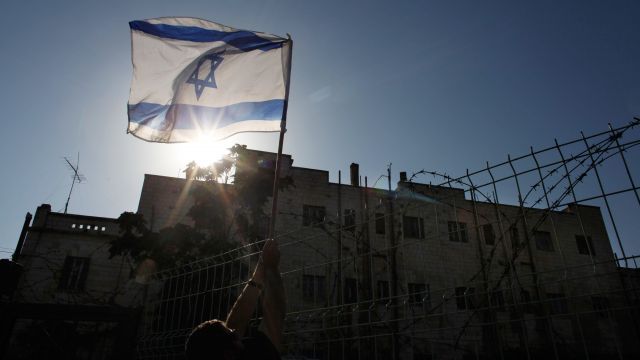 Israel approved a West Bank settlement Thursday, close to a month after President Donald Trump asked the country to "hold back" on new settlements.

Israel just signed off on new Israeli settlements in the West Bank for the first time in 25 years.

It's part of a promise Israeli Prime Minister Benjamin Netanyahu made to families in the Amona settlement, which was evacuated and shut down last month. Netanyahu told the families he would approve a new settlement for them by the end of March.

The idea of Israel setting up settlements in Palestinian areas has been a major point of often-violent contention for years.

The green areas in this map mark the only land that is completely under Palestinian control. For years, Israeli settlements cropped up all around that land.

While the United Nations and many developed countries have condemned Israeli settlements, the U.S. has typically walked a finer line.

Just last month, President Trump told Netanyahu, "As far as settlements, I'd like to see you hold back on settlements for a little bit."

The Jerusalem Post reported Thursday that Trump was OK with this most recent settlement approval, given Netanyahu's promise to families who had to leave the Amona settlement.