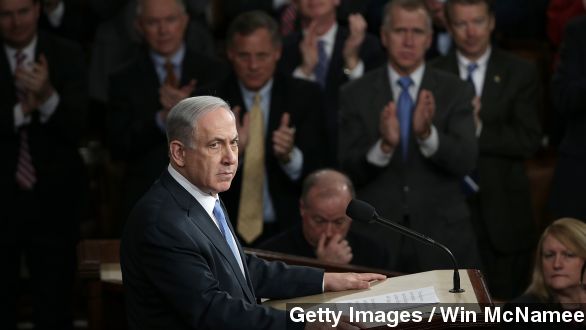 Israeli officials are denying a report in The Wall Street Journal claiming Israel snooped on the closed-door U.S.-led nuclear talks with Iran.

A new report in The Wall Street Journal says not only did Israel spy on the ongoing nuclear negotiations, it shared what it had learned with U.S. lawmakers.

Israel is flat-out denying it spied on the U.S — calling the allegations “utterly false.” But listen closely to the foreign minister’s denial.

He told Army Radio: "Of course, Israel has various security interests, and it is clear that we have good intelligence services. But we don't spy on the United States."

You'll notice he didn't deny spying on the talks entirely. Some are taking that to mean Israel snooped on the Iranians, which wouldn't be at all surprising.

The U.S. and five other world powers are meeting this week in hopes of securing a nuclear deal with Iran before a March 31 deadline.

Israeli Prime Minister Benjamin Netanyahu is set on preventing such a deal.

What's interesting here isn't that Israel might or might not have spied on the U.S. but that senior White House officials leaked these allegations to The Wall Street Journal.

That says a lot about how tense things are between the Obama administration and Israel. (Video via The White House)

"Given his statements prior to the election, it is going to be hard to find a path where people are seriously believing that negotiations are possible," Obama told The Huffington Post.

Israeli officials say the spying allegations are designed to undermine the U.S.-Israeli intelligence relationship, which has seen its share of ups and downs.

This former U.S. Naval intelligence analyst is currently serving out a life sentence for spying on behalf of Israel.

Jonathan Pollard was arrested in 1985. It's estimated he stole as many as 1 million classified documents in exchange for cash payments from Israel. Years later, Israel apologized to the U.S. — admitting Pollard was involved in an officially sanctioned operation. (Video via Channel 10, NBC)

This video includes images from Getty Images and the U.S. Navy.