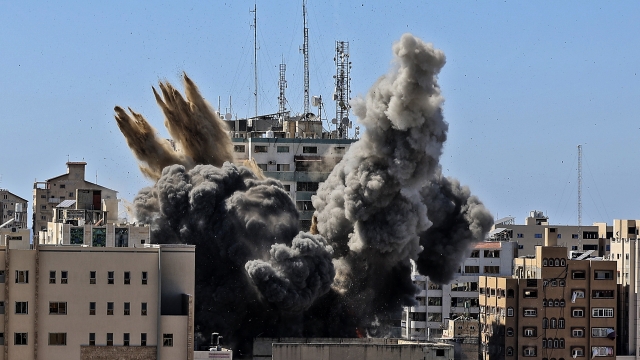 The building which housed several international media outlets was destroyed last month by an Israeli airstrike.

Israel now says a building in Gaza that housed the Associated Press prior to an airstrike last month was also home to a secret Hamas operation.

The group reportedly had intelligence and research and development officers working on a device to disrupt Israel's missile defense system.

The Associated Press says it had no indication Hamas was operating out of the building. They're seeking an independent investigation.

Hamas has not denied operating out of the building.

Israel's ambassador to the U.S. says he visited the AP's headquarters in New York this week to meet with its leadership.

He says Israel believes that AP employees were aware Hamas was operating in the building.

He also said Israel is willing to assist the AP in rebuilding its offices in Gaza.