Trump Could Get An Israeli Train Station Named After Him 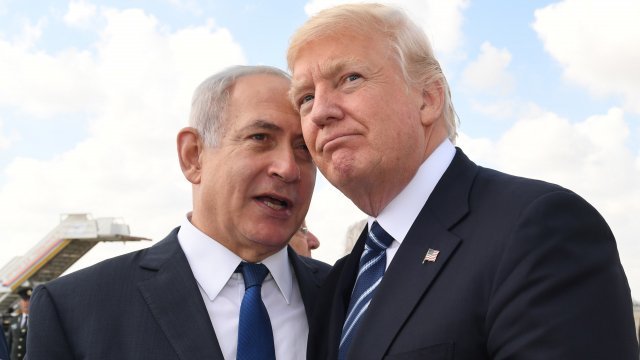 Israel might name a train station after President Donald Trump.

The country's transportation minister say he wants to put Trump's name on a planned new station in Jerusalem. The new station would carry passengers to the Western Wall, one of Judaism's holiest sites.

The gesture stems from Trump's controversial decision to move the U.S. embassy in Israel to Jerusalem, recognizing it as Israel's capital in spite of a conflicting claim from Palestinians.

If it's approved, the project is estimated to take four years and more than $700 million to complete.