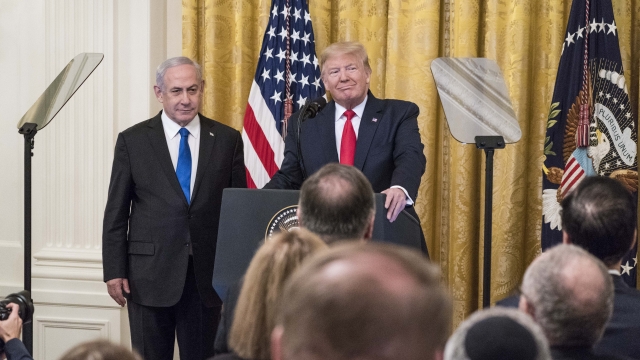 An Israeli government minister said Prime Minister Benjamin Netanyahu's hope of getting the peace agreement enacted by Sunday was all but impossible.

Israel is postponing a plan formulated by President Trump's administration to annex parts of the West Bank.

Government minister Yariv Levin told an Israeli radio station that Prime Minister Benjamin Netanyahu's hope of getting the peace agreement enacted by Sunday was all but impossible, according to The Associated Press.

Despite Netanyahu's push, Levin said the government needs time to look into the legal steps it needs to take to annex Israeli settlements in the area.

"It is a process that does require some effort, some understanding, some calibration," he said. "I'm not going to speculate how long that will take."

The peace proposal, formulated in part by White House senior adviser Jared Kushner, was introduced by President Trump as a "win-win opportunity for both sides." But it was met with fierce opposition from Palestinians, who say it would favor Israel and give them little self-governing power.