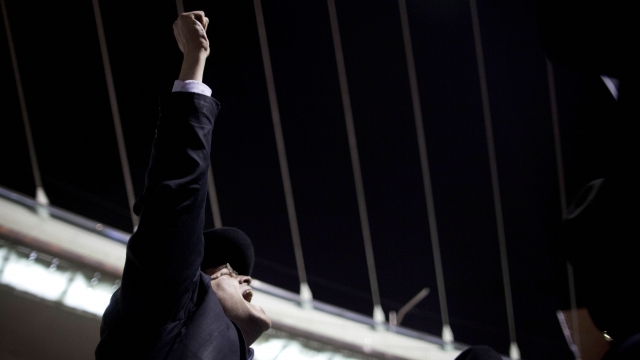 A dispute about whether Israel's military should draft ultra-Orthodox Jews is behind the collapse of the country's current government.

The political turmoil that has toppled Israeli Prime Minister Benjamin Netanyahu's attempt to form a government has its roots in a much older fight: mandatory military conscription for ultra-Orthodox Jews.

The Israeli military relies on conscription to fill its ranks: approximately 72 percent of eligible Israelis were drafted in 2016, according to official statistics. Among the exemptions were tens of thousands of followers of Haredi Judiasm — extremely conservative Orthodox Jews who shut themselves off from modern society.

One of Netanyahu's coalition partners, Avigdor Lieberman, insisted the military should draft more Haredi members — which Netanyahu's ultra-Orthodox allies opposed. Netanyahu needed both groups on his side to keep his majority in Israel's Parliament: when the dispute proved intractable, his government fell apart.

Israel has a long tradition of absolving Haredim from military service — the country's first Prime Minister, David Ben-Gurion, was the first to exempt 400 religious students from the draft. The country's ultra-Orthodox population has swelled dramatically since then: Haredi Jews make up about 10 percent of Israel's population.

In 2017, Israel's Supreme Court declared that the government's policy of mass exemptions for ultra-Orthodox Jews was unconstitutional. Attempts to find a suitable work-around to that ruling led to the current political crisis.

Israel is now holding new elections so that Netanyahu can try and find a working majority in the 120-seat legislature. The country's previous election in April gave 16 seats to ultra-Orthodox parties, and 5 to Lieberman's party.