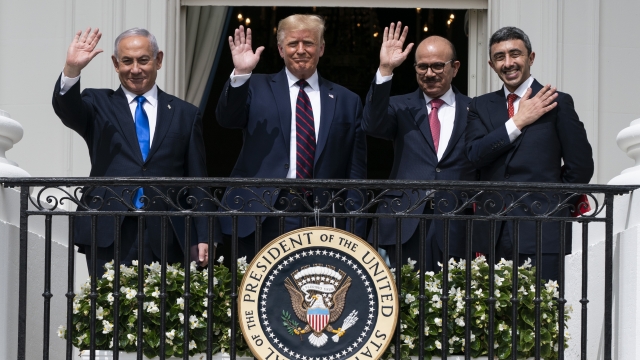 Israel signs a "historical" pact with Bahrain and the United Arab Emirates at the White House.

Israeli’s Prime Minister has signed agreements to normalize ties with the United Arab Emirates and Bahrain at the White House Tuesday.

The White House says the Abraham Accords are an opportunity for greater peace in the region.

Prime Minister Benjamin Netanyahu agreed, stating the day was "a pivot of history."

Under the agreement, the countries have agreed to cooperate on issues like health care, security and trade.

The United Arab Emirates and Bahrain are only the third and fourth countries to establish full diplomatic relations with Israel.