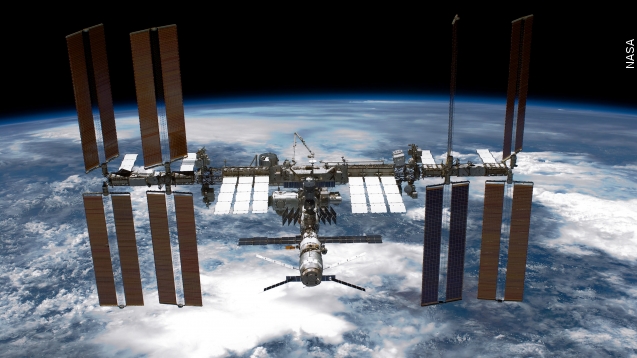 NASA astronauts Scott Kelly and Kjell Lindgren get the day off aboard the International Space Station to celebrate the holiday.

And Wednesday, they sent a video greeting back to Earth previewing their Thanksgiving meal, which consists of smoked turkey, candied yams, rehydratable corn and potatoes au gratin. (Video via NASA)

"We're thankful for the thousands, if not tens of thousands of people at NASA and its contractor companies, and all the international partner space agencies around the world that work so hard to keep us safe," Lindgren said.

The whole crew traditionally gets to share in the Thanksgiving feast, even though the Russian crew members don't get the day off. (Video via NASA)

But before dinner, the NASA astronauts will indulge in yet another Thanksgiving tradition — watching football. No word yet on who they'll be cheering for.