Issa Rae On Her Road From YouTube Fame To HBO Star 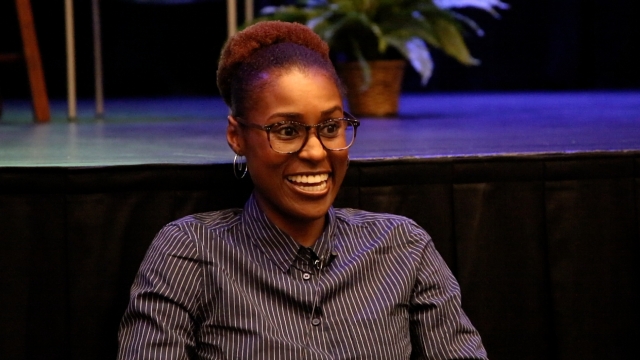 Issa Rae went from posting drunk freestyles on YouTube to being the first black woman to have her own show on HBO.

Before Rae hit prime time, her web series, "The Misadventures of Awkward Black Girl," won a Shorty Award for best web show. She also made Forbes' "30 under 30" and Glamour magazine's "35 Under 35." Still, she ran into several locked doors on her journey.

"Even after 'Awkward Black Girl' kind of grew and got the attention of the media and other people in the industry, I was still told ... 'This doesn't have an audience, and you know, if you want to take it to television, you're going to have to recast everybody you know, including yourself.'"

Fortunately for Rae, she kept knocking, and HBO opened its doors. Months later, "Insecure" is a Golden Globe nominee, and it's been renewed for a second season — all without recasting its lead role.

"It's very much a show about black female friendship and black women," Rae said.

Since 2010, Chicago's Urban Prep Academies has graduated 1,000 black students. Some told us where they're from and where they're going.

And yet, it's still relatable and has universal appeal.

More than 50 years ago, playwright Lorraine Hansberry made a point about "A Raisin in the Sun" that could explain why. "I believe that one of the most sound ideas in dramatic writing is that in order to create the universal, you must pay very great attention to the specific," she said.

Rae noted: "You know, we all go through a lot of the same things, and then there are things that are very specific to us, and I like to show both. … Like, I watch 'The Americans.' I'm not a spy. I'm not married. I'm not Russian. But there's just something about the storytelling that draws me in.

"You don't have to experience something completely to understand it and to feel close to it. ... We're not trying to tell every black woman's experience. We're telling a very, very specific story, and you know, all black women aren't going to like it. They don't. … All we can do is just strive to tell the best story we can and the most authentic story."