Cannabis Halloween Candy Scares Are Generally Just That: A Scare 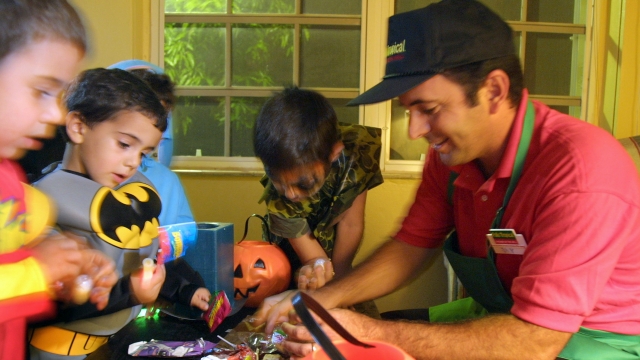 Cases of kids ingesting marijuana edibles are usually accidental, and they're not typically associated with Halloween.

It's about that time of year again, when we send our kids traipsing through the neighborhood to bag handfuls of goodies. If a kid's lucky, they might score a full-sized Hershey's. If they're unlucky, as the fear-mongering goes, they could bite into a needle or razorblade-filled treat, or even a cannabis-laced Nerds rope.

That razorblade thing dates back decades and is long-debunked. While there have been a few instances of candy tampering, it's pretty rare.

As for cannabis candies, those yearly warnings are a bit newer. They started cropping up when states started legalizing. And it makes sense — unwrapped THC candies often look like regular sweets. Kids across the country have mistaken them for regular candy and, since even adults take edibles in tiny doses, those kids have ended up in the hospital.

While there have been no recorded deaths from marijuana overdose, taking too much can cause severe symptoms like extreme sleepiness, dizziness or trouble walking. And that can be terrifying for the parent of a child who has ingested too much. But a pediatrician told Vice News that usually, emergency room doctors don't need to do much; they check vital signs and wait for the kid to wake up.

Usually cases like that are accidental, and they're not typically associated with Halloween. For one thing, pot is expensive. It seems unlikely someone would pay up at the dispensary just to hand it out to trick-or-treaters.

Most states in the U.S. have some form of legal THC, and that means those states are able to regulate marijuana products. More than two-thirds of those states require child-resistant packaging, and around one-third ban packaging that would appeal to children. So if a packaged edible ends up in your kid's bucket, chances are they won't be able to open it on their own, and it might not even look like candy.

All this being said, it never hurts to check. The FDA advises parents to inspect treats for anything that looks suspicious. Parents should also teach trick-or-treaters not to accept anything that isn't commercially wrapped.