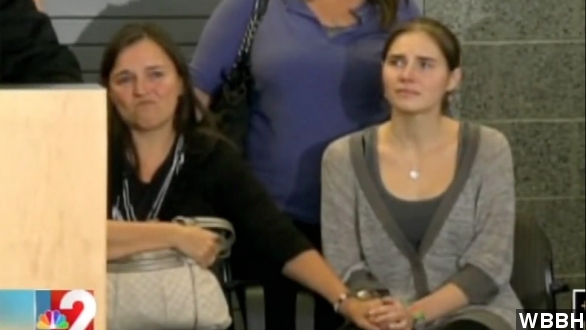 Prosecutor Alessandro Crini made his final case to an Italian appeals court after two days of closing arguments in the murder trial.

After more than 10 hours of closing arguments, Italian prosecutor Alessandro Crini has demanded Amanda Knox be found guilty in the 2007 murder of her British roommate, Meredith Kercher.

“Prosecutor made the request to the Court of Appeals after two days of closing arguments in the third trial on this case.” (Via News 14 Triangle)

WTVG reports the prosecutor said the DNA sample on the blade of the presumed murder weapon corresponds with the victim.

If convicted, Knox would be ordered to return to Italy. (Via WBBH)

Knox was sentenced to 26 years during her first trial, but it was overturned after she spent four years behind bars in Italy. Knox was also convicted of slander in 2009, and THAT conviction was upheld during a 2011 appeal where she was acquitted of murder.

Now, Knox’s lawyers have filed an appeal of her slander conviction while her third trial is ongoing in Florence. (Via WRDW)

Knox still hasn’t returned to Italy for the latest trial.