Italy Appoints The Man Who Will Form Its New Government 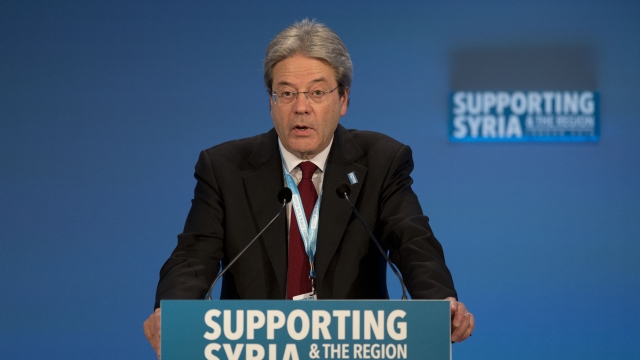 Italy's foreign minister will take over as prime minister following Renzi's resignation. But will Italians unite behind him?

Italian Foreign Minister Paolo Gentiloni has been tasked with forming Italy's next government, in a move meant to end the country's current political crisis.

Renzi was so confident in his campaign to concentrate power in the lower chamber of Italy's Parliament that he put his role in government on the line. He said if the referendum failed, he would step down. His party ultimately lost the vote by roughly 20 percent.

Italy is currently under what's called a "caretaker government," one that doesn't have any goals or objectives except to make it to the next election.

The only problem is the next election is scheduled for 2018.

The main opposition to Renzi and his referendum was Italy's Five Star Movement, a populist uprising that's anti-establishment and anti-Euro.

The Five Star Movement has called for an immediate election of a new government and says it will not participate in any parliamentary vote, as it calls the current government illegitimate.