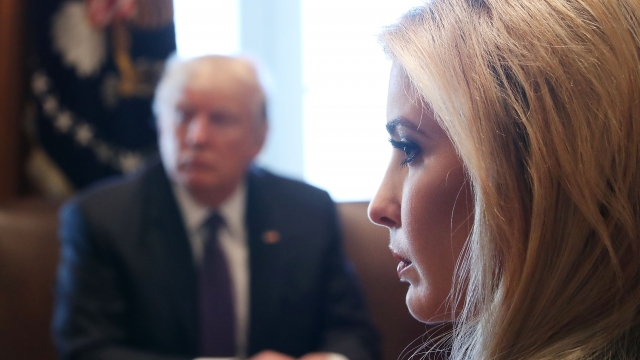 Ivanka Trump will be an official government employee after critics pointed to her ever-growing role in the White House as a potential ethical nightmare.

She still won't get paid; she and her husband, Jared Kushner, are now both unpaid advisers to the president.

They're both required to file financial disclosure forms, something Trump said she would do voluntarily.

Questions about the president's oldest daughter and her role in the White House circulated even before she took an office in the West Wing. She was also given security clearance.

In a statement, she said, "I have heard the concerns some have with my advising the president in my personal capacity while voluntarily complying with all ethics rules, and I will instead serve as an unpaid employee in the White House office, subject to all of the same rules as other federal employees."