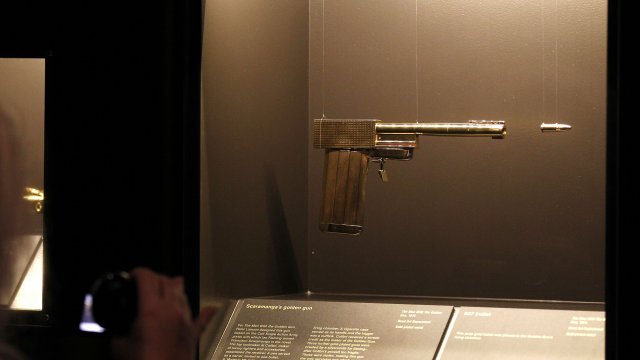 You know his name, and you know the way he orders his martini. James Bond is the star character of the longest-running movie franchise in history.  And this year, the famous 007 is celebrating his 60th anniversary.  "Dr. No" — the first film in the James Bond franchise — debuted in the U.K. on Oct. 5, 1962. And since then, the spy series based on the novels by Ian Fleming has cast seven different actors in the lead role, spanned 26 different films and made over $2.2 billion at the global box office.  This year, the entire franchise was also included in Amazon’s $8.5 billion acquisition of MGM Studios. But what is it about international super spy James Bond that draws international audiences?

Reviews from 1963 described the first film as “a tinseled action-thriller, spiked with a mystery of a sort.” And throughout the years, Bond has been described as an idealized man: suave, charming and intelligent.  But beyond Bond himself, the franchise elevated the Hollywood careers of “Bond girls” like Michelle Yeoh and Rosamund Pike. The cosmopolitan costumes inspired decades of fashion trends for men and women. And Bond’s on-screen affinity for alcohol has driven sales for gin and promoted certain brands of vodka.  In celebration of James Bond’s 60th, London’s Royal Albert Hall hosted “The Sound Of 007 In Concert” and original props from the films, including Bond’s Aston Martin stunt car, were auctioned for charity through Christie’s.  The auction raised over $6.7 million for organizations like The Prince’s Trust and UNICEF.