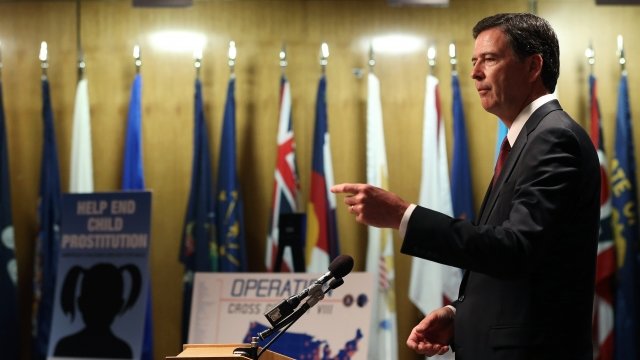 He's set to give five lectures as well as the keynote address at Howard's opening ceremony.

Named after prominent Howard alumni, the Gwendolyn S. and Colbert I. King Endowed Chair in Public Policy is a yearlong speaking engagement.

Comey will give five lectures as well as the keynote address at the university's opening ceremony.

Howard is one of the country's foremost historically black colleges or universities, or HBCUs. Comey has worked with Howard before in an effort to diversify the bureau. He's agreed to donate his entire six-figure paycheck to the school's scholarship for students who come from foster care.

Trump Threatens A Government Shutdown To Build The Border 'Wall'

During President Donald Trump's rally in Phoenix on Tuesday, he said he's willing to close down the government to build his proposed border barrier.

We don't know much about what his lectures will be about, other than they'll be related to public policy. Comey has kept a relatively low profile since his very public firing back in May. But the lectures and a book deal could put him back in the news.