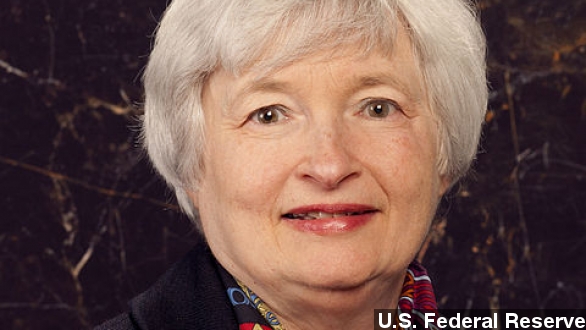 She'd replace outgoing chairman Ben Bernanke and would be the first woman to head the central bank.

But it won't be all smooth sailing at her confirmation hearing Thursday. She'll likely face some tough questions from skeptical Republicans — who take issue with how active ​they think she's indicated the Fed would be.

YELLEN: "The Fed has powerful tools to influence the economy. ... The mandate of the Federal reserve is to serve all the people, and too many Americans still can't find a job." (Via Bloomberg)

And after five years of stimulus, analysts like CNNMoney's Annalyn Kurtz say the central bank has to start looking for a way to wean the economy.

But don't expect any major policy announcements. In fact, The New York Times' Binyamin Appelbaum isn't expecting much of anything — at least not from Yellen.

APPELBAUM: "We're not likely to hear much new from Ms. Yellen on Thursday. Her job is basically to avoid surprises. Her answers are likely to repeat things that the Federal Reserve has said in recent months."

In any case, the full text of her confirmation speech has already been released — so the only surprises are likely to come out of the questions she'll be asked. (Via Business Insider)