Japan May Dump Wastewater From Fukushima Facility Into Ocean 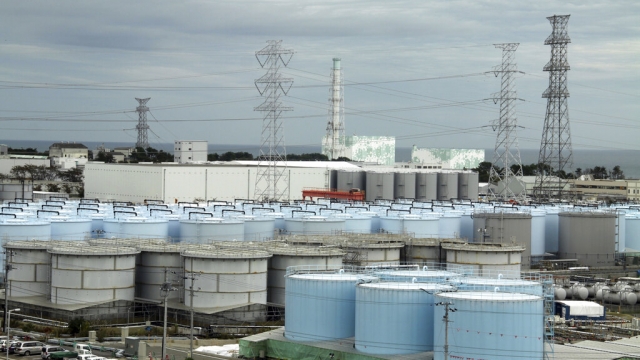 The government is reportedly planning to slowly dump more than 1 million tons of treated water contaminated in the Fukushima nuclear disaster.

Japanese media says the government is leaning toward a plan to slowly dump more than 1 million tons of treated radioactive water from the Fukushima nuclear disaster into the sea starting in 2022.

The question of what to do with the wastewater has been a contentious point for some time. But now, the Japanese government is running out of space and time.

Some of the water was used to cool the nuclear plant after a devastating earthquake and tsunami crippled the facility in 2011. The rest is a collection of rainwater and groundwater also contaminated by the structures. It's all been collecting in tanks for a while.

"It's taking up space, and it's a threat to the workers because the radiation levels from these tanks are significant," said Edwin Lyman, director of nuclear power safety at the Union of Concerned Scientists.

According to the plan, the water has been filtered, except for the isotope tritium, which is too difficult to remove.

Edwin Lyman, a nuclear proliferation expert and the co-author of  "Fukushima: The Story of a Nuclear Disaster", tells Newsy the government considered an alternative method using evaporation, but that really, there were no good options.

"It's harder to actually understand what happens to the water vapor when it's released from the stack, because apparently it's difficult to model the transport of water vapor in the environment. So they may actually have less control over where that train goes and understand less," said Lyman.

One thing is for sure: The water must go. Area fishermen fear the decision could turn consumers away from products from the region.

"They can probably do it in a way to meet or exceed international standards for radioactive contamination of drinking water. They can't remove the stigma of the image of this deliberate release of radioactivity into an ocean," Lyman said.

Japanese leaders say no official decision has been made, but local outlets report a formal decision should come by the end of the month.