Japan May Have Lost Its Black Hole Telescope 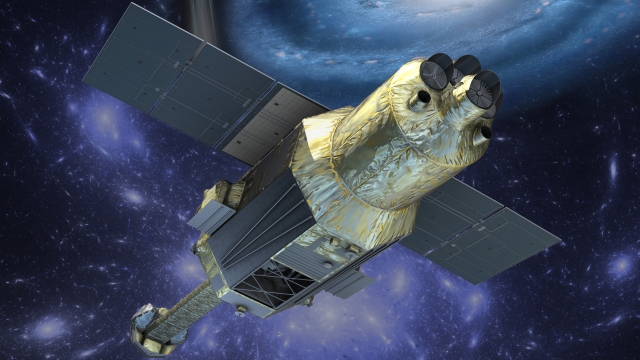 Japan isn't able to communicate with its Hitomi satellite, marking the third time the country has run into problems with an X-ray telescope.

Japan's space program is having a string of bad luck with its X-ray telescopes. The agency lost contact with its Hitomi satellite just a month after it was launched.

Hitomi was designed to give astronomers new data on black holes and other big cosmic events. But over the weekend, scientists announced the satellite wasn't responding and they aren't sure what went wrong.

Satellite tracking organizations have spotted debris around Hitomi, meaning pieces may have broken off. But it does still seem to be able to communicate; the agency announced it's received at least one short signal.

An emergency headquarters has been set up as the agency tries to re-establish contact with Hitomi and fix whatever went wrong.

This is the third time something's gone wrong with one of Japan's X-ray satellite missions. One of Hitomi's predecessors was destroyed in a rocket failure in 2000. In 2005, a follow-up mission made it to space but lost its main instrument to a coolant failure.

This video includes images and clips from the Japan Aerospace Exploration Agency, the All-Nippon News Network and NASA.