Japan's Next Era Will Be Called 'Reiwa' — Here's What It Means 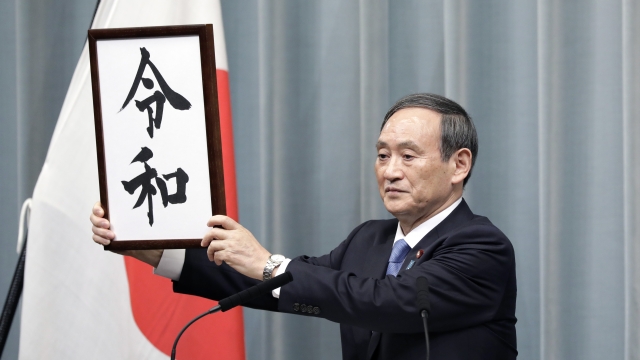 In Japan, a new emperor means choosing a new gengō — the formal name for an era that is used to date documents, describe culture and more.

"Reiwa" has been translated to mean "peace," "order" and "joyful harmony."

The current era is called "Heisei," which translates to "achieving peace." It's been the gengō for three decades under Emperor Akihito. But on April 30, Akihito will become the first emperor to step down in over 200 years, and he'll pass the throne down to his son, Prince Naruhito.

In a speech, Abe spoke to the word's meaning, saying, "Like the plum flowers that beautifully bloom, heralding the arrival of spring after a severe winter, each one of the Japanese people can bloom their own flowers with a hope for tomorrow."

Gengōs are used to label a period of time, its culture and atmosphere, as well as to date certain documents under the corresponding emperor.

While the new gengō takes effect May 1, Japanese officials wanted to release it early to make the public transition easier. Vendors will need time to make products that showcase the new era's name, and the government will need time to change the era name listed on "55 kinds of paperwork in 20 administrative sections."