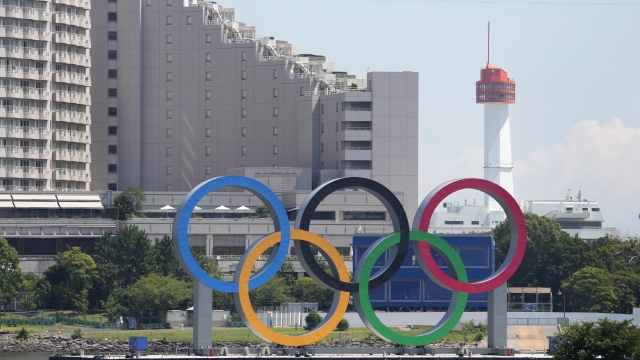 The Tokyo Olympic games kick off in just four days.

It's hard to believe, but the Tokyo Olympic games kick off in just four days.

After a year-long delay and several months of questions about whether the games could go on Japan is now making its final preparations.

And not everyone is happy that the games are taking place. This was outside Japan's State guest house Sunday where the president of the International Olympic Committee was attending welcome banquet. Dozens gathered to call for the games to be canceled because of worries it will worsen the spread of COVID.

COVID is ending Olympic dreams for one American athlete already. Tennis player Coco Gauff announced she tested positive for the virus and will not be competing in the games.