Japan To Give $8.3 Million To Former South Korean 'Comfort Women' 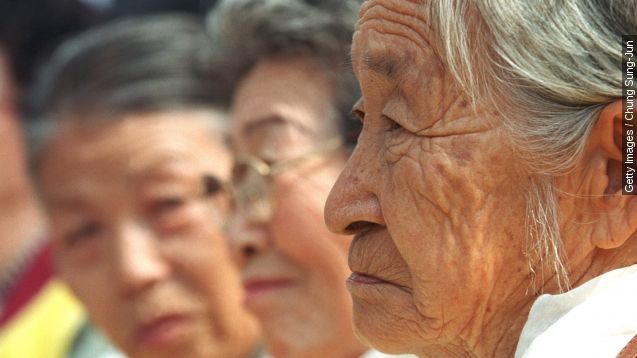 Japan has officially apologized to South Korean women who were forced to work as sex slaves during World War II.

Japanese officials announced Monday the country has apologized to, and agreed to compensate, South Korean women who were forced to work as sex slaves during World War II.

Tens of thousands of so-called "comfort women" were put into Japanese military brothels, including many South Koreans, while Japan occupied the country from 1910 to 1945. (Video via the U.S. National Archives and Records Administration)

"I wonder why they called us comfort women. We didn't go by our own accord, we were kidnapped," a former "comfort woman" told the BBC.

In return, South Korea will remove a statue symbolizing "comfort women" in front of the Japanese embassy in Seoul.

The deal is arguably a significant shift for Japan's prime minister, whose administration last year hinted at revoking a 1993 apology by a Japanese official.

American officials had urged the countries to reconcile in the past, partly to balance power in the face of a growing China. (Video via The White House)

Many hope the deal will help end decades of hostile feelings between the two nations.

However, some of the former "comfort women" are ignoring the apology because the payment, under the terms of the deal, isn't necessarily a direct reparation.