Japan Upholds Law That Married Couples Must Have The Same Surname 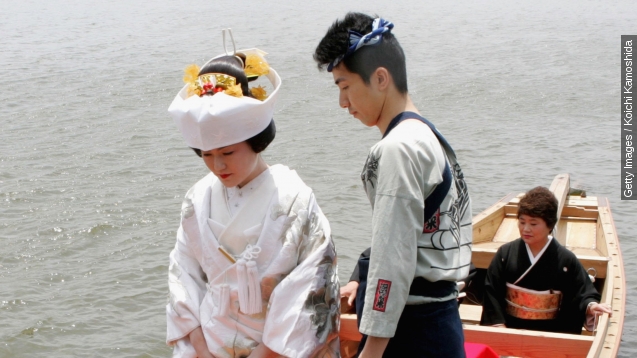 A group of women challenged a law from 1896 that requires couples to have the same surname, but they were unsuccessful.

In Japan, married couples must have the same last name — which means in most cases, women take their husband's surname.

In 2011, a few women tried to challenge the 1896 law. But on Wednesday, Japan's supreme court ruled on the case, and it didn't budge.

"To me, in order to make a vow to someone, you need to suppress your own will," one of the plaintiffs said.

Japan isn't the only country that upholds an older law deciding the fate of a woman's surname. Greece, France and Italy have laws opposite of Japan's — they make it illegal for women to take their husband's last name. (Video via Expedia)

Opponents see the Japanese court's decision as backsliding for women's rights, especially in a country where there's been a push to get more women in the workplace. (Video via The Financial Times)

Japanese marriages traditionally have focused on the two families becoming united rather than just the couple.