Jason Chaffetz Runs For Speaker Of The House Amid GOP Divide 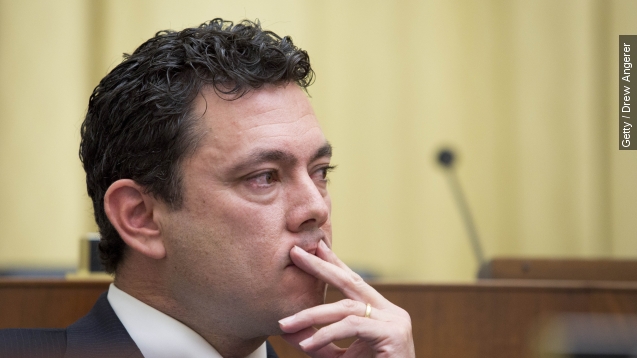 Utah Rep. Jason Chaffetz announced his interest in the position of speaker of the House.

Utah Rep. Jason Chaffetz is running for speaker of the House.

Chaffetz made his announcement in a letter, saying more than 50 other representatives won't support current party leadership (a.k.a. John Boehner's right-hand man Kevin McCarthy) when they vote Thursday night. (Video via MSNBC)

While it's something of a long shot, Chaffetz's bid highlights the divide within the GOP between the establishment and hard-line conservatives. (Video via C-SPAN)

Chaffetz currently serves as chairman of the House Committee on Oversight and Government Reform.

As chairman, Chaffetz has led investigations of the Secret Service. A recent report revealed the service circulated personal information about Chaffetz in retaliation. (Video via C-SPAN)