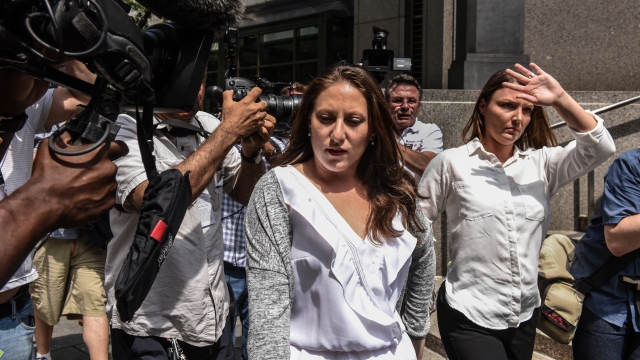 Epstein's accusers say they are angry he didn't have to face them in court. Lawyers will now pursue civil lawsuits against his estate.

Jeffrey Epstein's death leaves stones unturned for the Department of Justice, but even more so for his accusers, who say they would rather have seen him in court than dead.

One woman, Jennifer Araoz, told NBC's "Today" show that Epstein raped her in the early 2000's when she was just 15 years old. He would have been in his 40's at that time. Araoz says she's angry he won't have to face the survivors.

"We have to live with the scars of his actions for the rest of our lives, while he will never face the consequences of the crimes he committed, the pain and trauma he caused so many people," she said.

Lisa Bloom is a civil rights attorney who represents some of Epstein's accusers. She released a statement from an anonymous accuser who said: "I will never have a sense of closure now. I'm angry as hell that the prison could have allowed this to happen."

U.S. Attorney General William Barr said he's "appalled" with MCC's failure. He promised investigators will get to the bottom of what happened so that the survivors will get the justice they deserve.

According to another attorney, Ron Kuby, Epstein's death only ended the criminal case against him. Kuby said there will continue to be a lawsuit against his estate, but that Epstein's assets will have to be frozen before there can be a legal battle over his estate.

Bloom said she plans to proceed with civil suits against Epstein's estate immediately so that his accusers "can get full and fair compensation for the lifelong damage that he caused them." She said: "We are going to get justice for these victims. We are not giving up. He is not going to escape justice, even in death."